In my opinion, social outcasts always are some of the most gifted people in the world. We always end up shocking those who counted us out with what we do.

DJ Ally Bea is probably shocking a lot of people now, as one of New Orleans prominent and well respected DJs. Sticking to the status quo was never her desire, and still… she doesn’t. Ally Bea has done it her way throughout life, and it’s done her quite well. Read as I talk with the DJ about her standing out, what leaned her towards DJing and being true to yourself.

BR: Where did your love for music come from and when did you begin to see it as possibly, a future career path?

AB: This is good question, I’m not quite sure where my love came from. It has always been something that just resonated with me. I joined my school’s band in the 4th grade so I guess you can say it started there. I started to see it as an career path after I received DMX’s “It’s Dark & Hell Is Hot” CD. By that time I was super obsessed with Ruff Ryders & Rocafella. I would study their come up and I ultimately wanted to be the female Dame Dash lol.

BR: Do you feel that being considered an outsider helped build and mold your creativity and creative niche? 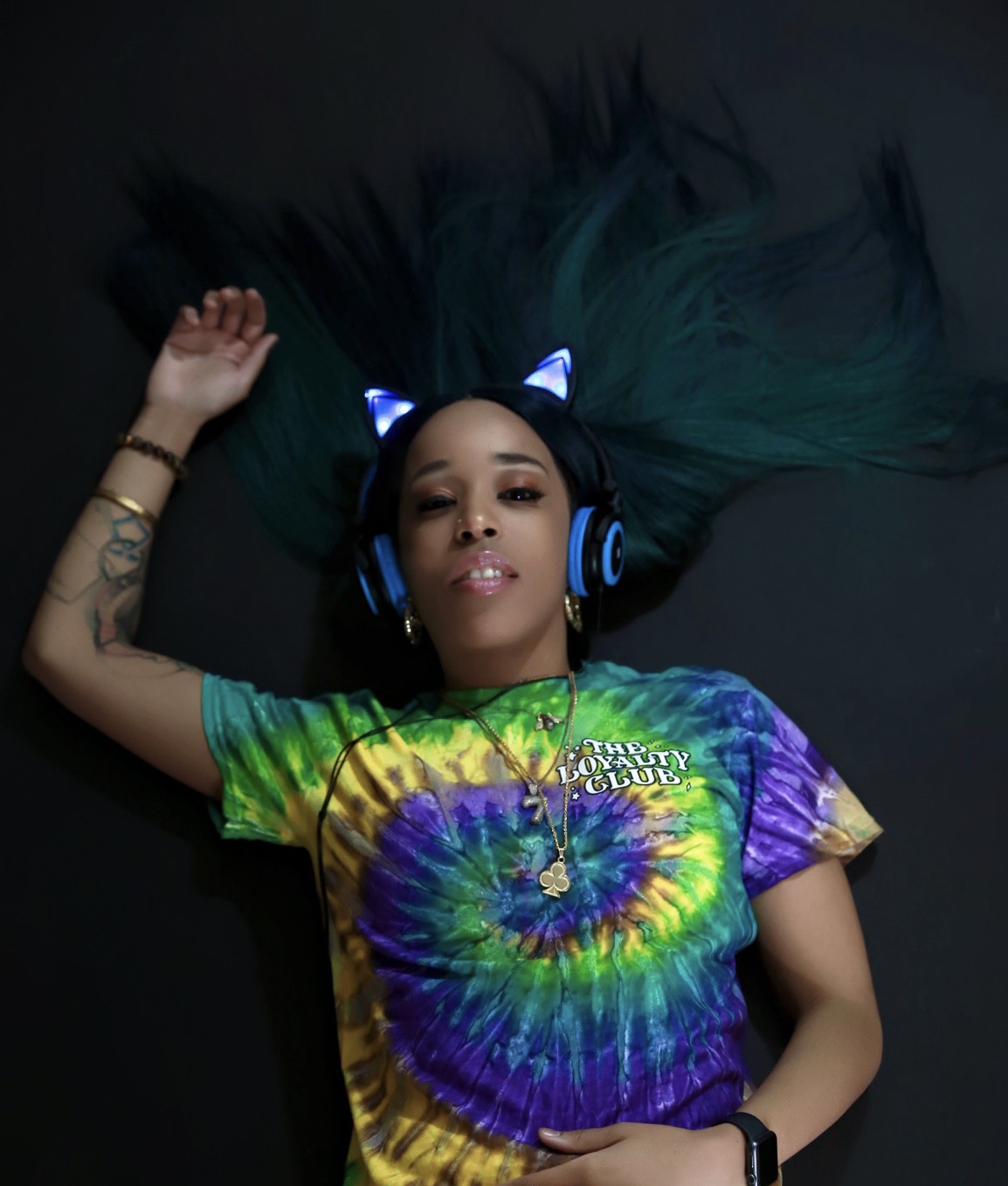 AB: I’m an only child so my imagination has always been vivid and I have always “been in my own lil world” . So I would say being an outsider helped me create my own world so to speak. When I got serious about this music thing I would get so upset because people would shut me out or they would “love” what I was doing but would try to water it down or I would see people look over me just to get the water down version of me.  This rejection made me truly live in that lil world that I created. But it is because of these things that my creativity knows now limits because I’m truly living by my own rules. By me living by my own set of rules it helped me create my on lil niche/lane that many often try to duplicate.

BR: When you began The Aye Lifestyle, did you think your site would attract a huge base and following, not just in New Orleans, but other cities?

AB: Aye LIFEstyle was initially created bc I got tired of always tweeting (S/O to my 08-10′ Tweeters lol) about some new song I heard and my followers saying I was withholding information. I started the site on Tumblr and my first real post was my review of Spitta’s “This Ain’t No Mixtape”. The feedback was so great that I was like oh shit I need to do this fa real fa real lol. So once again I took that feeling of being an outsider and not having somewhere to feel comfortable because look I am an Emo hip hop sneaker head who loves tattoos, skateboarding, secondlines , that BEAT and writes weird poetry & short stories. There weren’t many place on the internet that could feed someone like me. Also I already had a rep for putting people on hot music or just knowing who had next so I protected that rep. I never took money from anyone for reviews, posts, interviews etc. Which was an intricate part in why we grew and was respected. Lastly,I underestimated the power of social media and actually using it to network. I aligned myself with the right people and was able to grow past New Orleans. But nah, I NEVER in a MILLION years thought it would be as successful as it was .

BR: How did living your “double life” affect your creative lifestyle? Was it in a positive or negative way?

AB: Living a double life is tough. I would say it’s 50% negative and 50% positive. Negative because it DRAINS you. I never felt like I could just go home and relax because I just spent 8-10 hours not focusing on my dream. and when I would get home it would take me so long to just get my creative juices flowing. It’s a positive thing because it created a crazy work ethic and it showed me that no matter what I can get the job done. 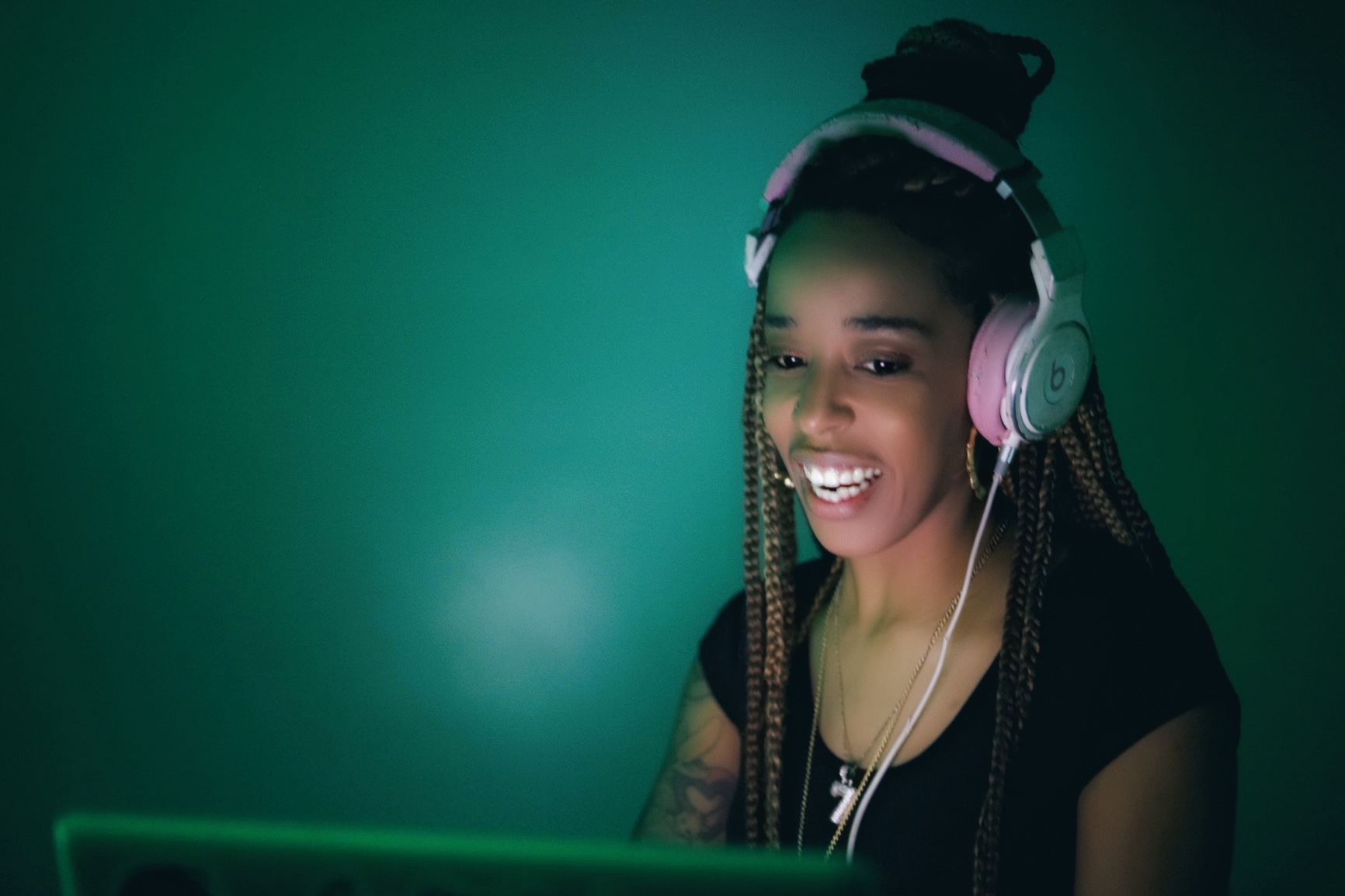 BR: DJing has become one of the hottest jobs in New Orleans, as well as worldwide. DJs run the club, control the audience and keep them happy. Do you feel that it’s still a passion-based job or an easy money gig?

AB: The DJ question…lol. The answer to this question def changes based on what city you are based out of . DJing in Louisiana specifically New Orleans is a passion based job for those who truly care. The stuff we have to go thru just to get a decent fee is crazy. The things you put up with at gigs are just as crazy.  Just off those things alone it’s not an easy money gig, fun yes. but Easy money ??!?! naaaaahhh !  you truly have to love this ish to put with these crazy ass people.. lol But tbh I wouldn’t trade it for the world because the joy it brings me far outweighs the headaches.

BR: Do you have any advice for those “outsiders” that are struggling, trying to find their creative niche and style?
AB: My advice to my fellow outsiders is :

– You are Already poppin’ !

– Don’t be afraid to fail because it’s all apart of the process.

Lastly, write this down somewhere where you can see it when you start to doubt yourself:

“Normal is an illusion. What is normal for the spider is chaos for the fly” – Charles Addams

View all posts by brerob1